END_OF_DOCUMENT_TOKEN_TO_BE_REPLACED

If a club starts to ‘hunt’ for non-injuries, they must be aware of the possible consequences.

With COVID-19 cases on the rise in the UK, Chelsea head coach Thomas Tuchel has advised against launching a “search for non-vaccinated persons” as English football fights to keep its schedule going over Christmas.

On Tuesday, the United Kingdom registered 90,629 new cases, a day after the Premier League and English Football Leagues pledged to keep the current fixture schedule as much as feasible.

– Can Thomas Tuchel turn Chelsea’s fortunes around? – Klopp is apprehensive about recruiting players who haven’t been vaccinated in the future – Watch ESPN FC Daily on ESPN+ (U.S. only) – Don’t have access to ESPN? Get immediate access

According to figures released by the Premier League on Monday, 16% of top-flight players have refused even one dose of a vaccine, prompting clubs to discuss proposals such as segregating players based on their vaccination status by arranging separate travel or requesting additional checks to enter stadiums.

“You know that it’s creating an issue,” Tuchel replied when asked whether unvaccinated players were causing difficulties. But it’s not as if we’ve infected everyone who hasn’t been vaccinated. We have players that have been vaccinated and tested positive. So, clearly, don’t begin… I’m not going to start pointing fingers and looking for those who haven’t been vaccinated.

Footballers should not be compelled to take the COVID-19 vaccination, according to Thomas Tuchel. (Photo courtesy of Chelsea FC/Darren Walsh/Getty Images)

“Guys, you have a decision to make. Leave it at that. It’s OK if you don’t want to leave it there.

“We can’t, however, make individuals get vaccinated. And I’m not going to alter my mind. And I’m not the one to remark on it; I’m not an expert on the subject. This nation, as well as the rest of Europe, has specialists. Please ask them and me about football. I’m not going to get involved. I’ve had my vaccinations. I made the choice on my own. That’s all there is to it.”

Tuchel also revealed that Chelsea’s academy has been closed due to a high number of COVID-19 cases, including that of midfielder Lewis Baker, as he discussed the difficulty of rushing players back from injury or, in Mateo Kovacic’s case, straight into the Wolves team following his 10-day isolation period.

“We prepared a team [against Brentford] with Lewis Baker from the academy, but now he’s positive, so we have to start from zero,” Tuchel said.

“Right now, this is what we’re doing.” People will tell you that I have the ability to play an academy player. Yes, I believe I could. We accepted the risk of playing Kovacic at Wolves; we didn’t drag someone out of bed or the hospital and push them onto the field. It was a calculated risk, but a risk nevertheless.

“However, we calculated, spoke with our medical staff and the athlete, and ultimately decided to take the chance.” I can see that when people look at our team, they believe it’s a formidable one.

“I mentioned this before the game, and if you speak about it, you need to talk about it right because I said before the game that this is the circumstance, and it will not stop us from having the greatest expectations of our players and our performance on the field.”

“If I have COVID, which I hope I don’t, I’m not sure I’d go for a run right away after 10 days. Alternatively, you might participate in sports. Mateo Kovacic, on the other hand, did. He was placed on the field by me. I took a chance. I had the option of leaving him at home, so we came with with 13 players and recruited one from the academy, which had already been shut down. COVID has forced the academy to close. It was a pleasant surprise.” 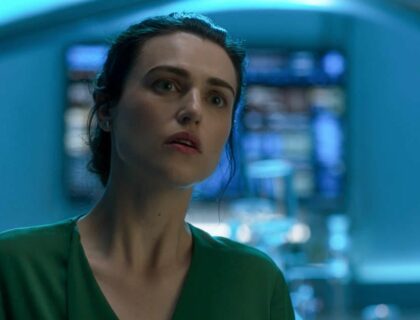 Here’s Everything You Missed in “Magical Thinking”